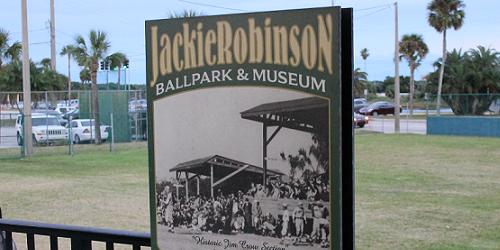 Daytona Beach, FL – A local company that specializes in CT scans, PET scans, mammograms and other such medical procedures now has its name on the home field of the Daytona Cubs.The single-A Florida State League affiliate of the Chicago Cubs announced on Thursday that they’ve signed a 5-year deal with Radiology Associates Imaging that will change the name of their ballpark to “Radiology Associates Field at Jackie Robinson Ballpark” effective immediately.“We love the great people at Radiology Associates and are proud to have their name on our freshly renovated ballpark,” said Daytona Cubs owner Andy Rayburn.Financial terms of the deal were not disclosed, but the Cubs did say it gives RAI exclusive naming rights until at least 2018.RAI will also receive signage throughout the ballpark, including on the front and back of the scoreboard in left field, outside the new east gate, on the back of the grandstands behind home plate and sponsorship of the batting circles outside both dugouts.“Radiology Associates Imaging is honored to have the opportunity to continue our long history of support of the Daytona Cubs and Jackie Robinson Ballpark,” said RAI Chief Executive Officer Al Falco. “This endeavor allows Radiology Associates Imaging to formally connect our name to a culturally historic stadium and continue to support the preservation of a family-friendly venue.”The company will also sponsor Breast Cancer Awareness Wednesdays at the ballpark.Daytona Cubs General Manager Josh Lawther says this move rewards a company that’s been loyal to the Cubs and the community over the years.“I am thrilled that such a prominent first-class organization will be further associated with historic Jackie Robinson Ballpark for years to come,” Lawther added.RAI employs over 250 people and serves over 180,000 patients annually at 5 imaging centers in St. Johns, Flagler and Volusia counties.The historic stadium is undergoing renovations which Cubs officials say should be complete by the time Opening Day arrives on April 4th.The day before that, the Cubs will defend their FSL title when they start their season at Brevard County.