Since coming home from prison in March of 2014, rapper Lil Boosie has been making waves in the sea of entertainment.  Torrence Hatch, better known as Lil Boosie, served 4 years and some months in the Louisiana State Penitentiary in Angola.

Through his stint, his loyal family, friends and fans never forgot him. His fan base actually grew due to how much love and recognition he was receiving. Through all the tribulations Boosie remained a force to be reckoned with. 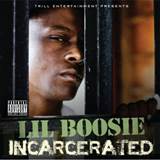 Before he was incarcerated, Boosie had the grind to take him to the top. His music inspired the masses and created a movement. His name was ringing in the south with plans to go global, but life is and always will be unpredictable.

Since being released, Boosie has hit the ground running non stop. He released a track with Webbie and Kiara entitled “Show the World”, which was remixed and features K. Michelle. Lil Boosie is usually known for dropping mix tapes like he makes babies, but this go round he decided to come out swinging with an album. Touch Down 2 Cause Hell is Boosie’s album set to be released July 15th. The album will include various artist such as: 2 Chainz, Jeezy and T.I. He dropped his first single off the album,”Heart of a Lion”, May 1st and will kick off his Summer tour “Touch Down 2 Cause Hell” on June 20th. Lil Boosie has a style of his own on the mic and now he’s owning his own style with his new clothing label Jewel House. His signature logo displays a diamond with a crown and wings so be on the look out for merchandise coming soon.

Boosie has been giving hot interviews and shows since touching down. He sat with some of the most notable sources to tell his story.(Click the highlighted text to listen to Boosie’s Interview) Lil Boosie interview on The Combat Jack Show His fans were awaiting a show and that’s exactly what Boosie gives, great shows. His first concert in Nashville, TN was insane. The fans welcomed him back with open arms and lots of support. Boosie has always showed Florida much love from the beginning of his career and still till this day. He recently had a show in Orlando,FL. and he has a few more destinations in the Sunshine State. For Memorial Day weekend you can catch him in Miami at King of Diamonds. 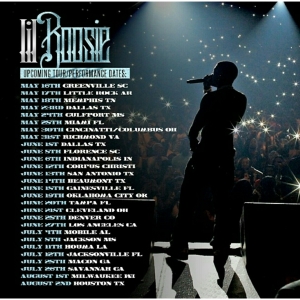 Salute to Boosie for enduring the storm, now it’s time to shine. I only hope that Boosie speaks life into his followers. Entertainers are very influential and Torrence Hatch has the ability to reach the people. He has been called the “2pac” of his time, is it time for a new Leader?

Do you need an EPK or Bio?

One thought on “Reverend of the Ghetto : Lil Boosie”