Hi. I’m JC Cadena. I live in Los Angeles, California. I am an actress. I am theatrically trained and I am now making my transition into television and film.

Q.  How long have you been pursuing acting seriously?

A.  I was performing in theatre before I totally committed to pursuing an acting career in 2012.  At the time I was working in production. I would work a full day and then run to the opposite side of town in mid “rush hour” and rehearse for weekend performances.  I would do this 4 days out of the 5 day work week.

It wasn’t easy making the choice.  I traded stability for the opposite. But it was time for me to make the jump, everything in my life at that moment led to this decision. Life really pushed me. I could feel a good “kick in the ass” pushing me towards acting. I’ve always been a performer ever since I can remember.  So after careful consideration, I jumped in.

Q.  What type of movies did you grow up on?

A.  I grew up watching Mexican Rancheras movies and Mexican game shows.  And American television.  I loved to read and watch scary films every since I can remember.  I think it’s because when I was young my cousins and I use to sit outside near the basketball court during the summer and tell each other ghost stories. I grew up on Stephen King books.

Q.  Who are some of your influences?

A.  My mother is an influence even today.  She was buried in 2006. I always saw her as this beautiful angelic being.  She was beautiful with model looks and I loved her very much.  Her light guides me still.

Tom Hardy is an influence. He is such a great actor and his choices are extraordinary.  I really look up to his acting delivery.  I think stars such as Cate Blanchett, who make it all about their acting and not about their personal life, are great examples of artists I would like to have my career mirror.

A producer friend, Michelle Chydzik, is an influence in my life.  She taught me that a woman can have it all. She was a wife, a mother and a producer.  She was on point and always got to the office before anyone else got there.

Q.  How was it for you growing up?

A.  Earlier in my childhood I had a lot of freedom.  I could explore places alone and I was adventurous.  I have memories as early as 6 years old walking home from school alone.  When my family moved from Quito, Ecuador to Virginia in the US, that changed completely.  We did not have a lot of family around, things were so much bigger in America.  I could no longer be adventurous so I turned to reading.  I spent a lot of my time using my imagination.  I would also write songs, poems and I enjoyed singing, that is, until I graduated from high school.  I worked to try to find myself a lot, and had great experiences that let me know I’m blessed and that I have a purpose here.

Q.  Did you always want to be an actress growing up?

A.  I wanted to be a singer first.  I loved singing.  I sang at school and at church.  But somewhere along the line I got disappointed by it, by the people around it, so I stopped singing for a long time. When I moved to LA I fell back in love with music.  Well actually, I fell in love with music on a trip to Paris. LA has a great indie music scene. I don’t understand why there are songs that play again and again on the radio, when there are so many bands that can share their stuff.

In LA it was easy to find music and art.  It is everywhere.  I put together a band and played around Hollywood. It was fun, but again I distanced myself from it at one point and found Acting.  I remember when I made the decision to move to LA, there was the me that wanted to act, but I got so caught up with finding stability that a full time job made sense at the time.  So I forgot about it.

But acting found me again and here I am, an actress.

Q.  What have you been working on? Any up and coming shows to be on the lookout for?

A.  I’ve shot a couple of projects for TV and film.  I finished a play titled “Sabado Mornings”, written by George Corbin and directed by Melvin Ishmael Johnson.  It was a collaboration with Ben Guillory who is Co-Founder and Producing Artistic Director for the Robey Theatre.  You can look forward to seeing me in a project titled “ED Blues”, written by Butch Dubarri. It is a musical comedy. I think everyone is going to enjoy it.  It has great lines and great music.

CHAINSAW, my production company, for films of all genres, is working with producer Barney Cohen on a film titled, STAR 69. The first feature is a Zombie picture.   I’m very excited about this film.  It will make you Laugh, make you Hot, and make you Scream.

Q. What actress/actors and producers have you worked with?

A. Before I decided to be an actress I worked in production after graduating from George Mason University.  I’ve been in shows with Bill Clinton, Will Smith, Julia Roberts and Adam Sandler to name a few great names.

Q.  Which do you prefer, being on stage or on film?

A.  I cannot say whether I prefer stage or film more. The stage requires a lot of work and commitment. After I am done with the show, I often still feel like the character.  It is a process.  So I gravitate to film as a break.  Film is here and now and I don’t take those emotions with me. It is difficult to choose. I love them both equally.

Q.  Which one of your characters have you connected with the most?

A.  This is a hard question.  The role I just played in “Sabado Mornings”, Rosa, I connected to a lot. Rosa loved people.  She had a young outlook on life and a positive one, yet she had a deep secret holding her back. In some ways I am very much like Rosa. I enjoy people. I have an optimistic look on life, at least I think so.

Q. How do you deal with the industry and pressure to perform?

A.  It takes a lot of energy, a great support system and a good and positive outlook to pursue acting.  Honestly, at first the pressure lies in booking the job not in performing.  Performing is the reward.

Q.  For you to feel successful as an actress what are some goals you would like to accomplish?

A.  At this point in my life I feel successful that I am where I am in my performance level.  I can feel the difference.  And I am grateful. I would like to get to the next level of course.  This year I’m really focusing on the film industry.  For me to feel successful I would like to be performing more lead roles in film and making a bigger name for myself.  And I’d like to use this platform to help the community.

Q.  What level of success would you have to reach to feel as if you made it?

A.  I would like to get an “EGOT”, (Emmy, Grammy, Oscar,Tony). That would be a dream come true. I use visualization as a form of relaxing on stage.  Sometimes I visualize my Oscar speech.  They say if you are going to dream, dream big. Right?

Q.  What would you like to be remembered for when its all said and done and the lights go out?

A.  I would like to be an inspiration to people encouraging them to chase their dreams, and to be kind to each other.

A.  A “shout out” to Keedie’s Corner and Mike Ice who reached out to me and are giving me this opportunity to speak my mind. A “shot out” to my family.  And to all my people in Ecuador after the earthquake tragedy, blessings to you.

Q.  Let the readers know where they can go to watch your performances?

A.  To find out more about me and my performances visit my website, www.jccadena.com.  I am always updating. You can read an extensive bio, sign up for my blog, titled; “Adventures in Actorland”.  I share advice and experiences on the road to becoming a professional actress. You can contact me there as well. Plus you will find a link to all my social media sites.

Q.  Any words of wisdom? Whatever is in your heart just speak it?

Words of wisdom from me …. work on your passion everyday, feed it, nourish it, love it. 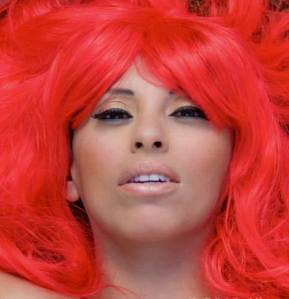