I met Shuntel while on set for the film, “Da Story Before the Glory”. Shuntel had a lead role and was exhausted and sick. Off camera she was displaying her anguish, but soon as the director said “action”, she sprung forth and came to life. I was so taken back by her professionalism at such an early age, it gave me inspiration. Shuntel is a very talented Actress and is very knowledgeable of her craft. She is driven and able to see the bigger picture. Dedication and steadfast are just a few of her qualities, the girl is hilarious! We have shared a few nights laughing and talking in our hotel rooms while filming, just basking in the moment. 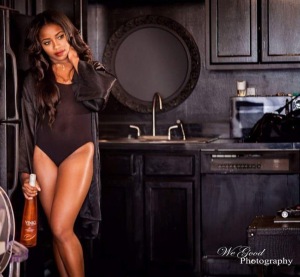 Shuntel majored in Mass Communications at Clark Atlanta University, as she once aspired to be a News Anchor.  Acting, modeling and dancing was her true passion, so she pursued her dreams. Since then Shuntel has produced and directed a short film, “The Switch Up”, starred in the music video “Werk” as well as holding numerous leading and supporting roles. Click the link to view Shuntel’s Resume. Keep up with Shuntel’s on social media via Instagram – @iam.shuntelrenay  and visit her website Shuntelrenay.com Shuntel is a beautiful person inside and out, so be on the lookout for this sassy lady.