It took me some time to come to terms about my issues with men, but life has a way of bringing you back to certain memories. I was a product of a domestic violent home, my first poem I ever wrote was about how no man is going to put his hands on me. I thank God my mother survived those days, I truly admire her in many ways. I don’t share a lot of my personal life, but I had to relive it in telling Santina Proctor’s story. I shed tears while putting this piece together. One person’s courage can bring hope to so many others and that’s exactly what she did with It’s Not Your Fault 91. 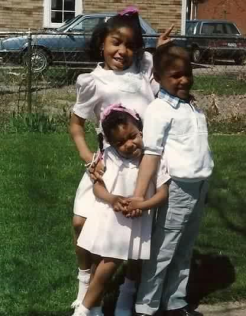 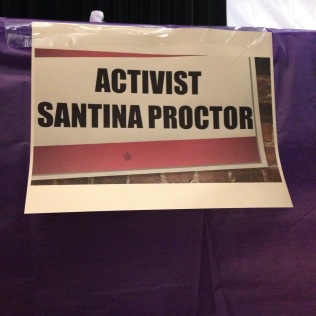 Santina Proctor is a 33-year-old motivational speaker and domestic violence awareness advocate, she is the creator of It’s Not Your Fault 91 which began in 2015. On top of being an entrepreneur she is also a licensed practical nurse. Santina spent her childhood in Detroit, Michigan and then relocated to Daytona Beach, Fl at the age of seven after losing her mother to domestic violent situation. After graduating high school in 2001 Santina joined the U.S Army in which she served in Operation Iraqi Freedom in 2003. After an honorable discharge from the military Santina studied to become a Licensed Practical Nurse, graduating in 2005.

Mrs. Proctor currently resides in Chesapeake, Va with her husband and two children. She uses her turmoil as a testimony to help women who find themselves in compromising situations. Her goal is to give a voice to domestic violence and help get rid of the mentality what happens in this house stays in this house. Mrs. Proctor has spoken at San Diego State University, Elizabeth City State University and numerous locations throughout Virginia and North Carolina. Each year Santina hosts a team in Samaritan’s House 5K. Santina has also produced two documentaries which can be found on YouTube under It’s Not Your Fault 91 Part 1 and Part 2. Santina is currently challenging 500 people to take a pledge against domestic violence in the month of February. Her motto is, “Sometimes the children are the survivors”.

If you’re looking for a speaker at your next engagement contact Santina Proctor, her words are heartfelt and motivational. Contact her via email at inyf91@gmail.com and follow her on FaceBook: It’s Not Your Fault 91 and Instagram: inyf_91 to stay current with her works. I urge everyone to be accountable for their actions and take the pledge against domestic violence.

By: Keidra Ponder and Santina Proctor