It’s Mike of Keedie’s Corner and I’m here with Briggs, a producer shooting his way to the top! Welcome to The Corner, can you give the viewers out there a little background info on who Briggs is? 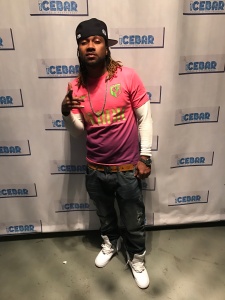 I’ve been around the game for about 19 yrs now, I’ve been blessed to have worked with Torch from MMG and Jim Jones, Coke Boys, Lord Tariq, Black Child from Murder Inc,  Nashawn from the Bravehearts and OP GS9 \1090. I got my start working with Orrin Ennis building acts like Fred da Godson, AZ, Allure and Olivia. I was successful in helping  Black Buddafly gain their record deal also.

You have some certified hard hitters on your credits. Is there anything right now you have in the works we need to be on the lookout for?

Definitely, I’ve been in close contact with my man David, y’all know him as Ceaser from Black Ink. I’m working on some stuff with him and the TV network. I’m back in the studio with Nashawn. And I’m reaching out to upcoming artist like Harlem’s Neek Bucks, Haddy Racks, Dyce Payso and Da Bossbred Fam, Fever and Buck Bundles from New Jack. Hash from Cory Gunz Militia/ Quiet Riot got a mix tape coming out produced by myself and who knows maybe a Briggs’ album is in the works this year.

Now I heard you say you’re making a transition and doing some things with David aka Caesar from Black Ink.  Is it possible to speak upon that or do we have to wait until everything is complete with the situation you have going on with him?

Yeah we’re going to wait and see what’s up, it’s still in the makings but something epic is coming into play. I’ve relocated to Atlanta because it’s a big movie market out here, I’ve been looking into media, scores for that and TV shows. I’ve been here acting also so watch out for me on the tube real soon LOL.

Hey ain’t nothing wrong with being versatile! What and who was your inspiration to get into this business, any idols who influenced you?

My family, my Grandmother who sang gospel, my Uncle who sings and used to work on the Issac Hayes morning show and my Moms who kept music playing on Saturday mornings while she would cook breakfast. Also I would say growing up with Swizz Beats and seeing him make it out coming from when we used to beat box and have after school rap cyphers beating on the corner mailbox. And Devonte, he taught me sequencing and producing, it’s been a movie my guy LOL.

Indeed a Briggs’ album would definitely be something epic! So what’s your procedure and how do you go about putting a beat together? Do you go off moods? Inspiration? Or do just follow and let nature takes it’s course on your work?

It’s funny because it depends on my mood. My beats have high energy and those that know me know I’m always animated so I’ll make like 5 or 6 beats at a time in a day then come back to listen and make mixes and alterations if needed. They only take me bout 20 minutes at the most to get the layout, then I add the seasoning, like that rolls and FX as I build. I’ll hear the beat then go make it. Sometimes I just let the magic happen by discovering and finding new chords and sequences randomly. No samples over here so it’s all bout creating the bounce and vibe.

You’re from The Big Apple New York but your sound has a diverse appeal to it! Anywhere from a Swiss Beatz, to Lil Jon, to DJ mustard or a League of Starz sound! Being in the game for 2 decades now what’s your feel and take on the state of hip-hop/ rap in today’s era?

It’s wild because like you said being in it almost 2 decades I’ve seen music change drastically over the years. When I learned music it was from Devonte from Jodeci in ’98 so he was fresh off producing work wit PAC and Big, now in 2017 we got Lil Uzi Vert sayin “yeah” all day on Tracks is definitely a change. Reminds me of when I used to play that EFX for my Moms and she’s like “what’s that bump stiggity stuff”, now I’m like what these youngins sayin? Lol

We went from conscious to dumbed down and with the music being a business it’s taking away from the art. Corporations know how much a powerful influence music has over the masses, so what better way to dumb down the masses than with the music that’s used to get us motivated.

Public enemy used to rap bout social and conscious matters now we got mainstream playing  Future’s “Mask Off” all day long, don’t get me wrong it’s good zone out music but what is the message it’s sending to our youth?

No arguments with you on that part! Being from New York you came up under that 90’s golden era, to the modern day mumble music it’s a difference what’s your take on the corporations flat out denying our culture to just blackballing and capitalizing from our genre now!  Being apart of this hip-hop/ rap culture does that upset you or compromise your situation?

It definitely effects me. They say to make it in the music industry it takes great sacrifice. Sacrifice love, sacrifice family, sacrifice friends, even a normal life. You sacrifice all of it  for the sake of that big hit that will get that deal or them dollars… SMH. I’ve learned in this game to focus on making myself happy then my music will expresses that, if you’re doing it to chase that dollar trust you’ll get burned out.

And to monopolize like these corporations you’ll have to sacrifice more than what I just mentioned. It’s evident with how these kids look and act now.

You got artist like J. Cole, Joey Badass, and others that don’t get that shine because they’re not tearing down our youth and that’s the agenda they want these artist to carry out.

Name your top 5 albums or records that defines Briggs, who are your favorite artist that gave you a clear view of this is what I want to be apart of?

My personal favorites are Das EFX “Dead Serious”, Nas “I Am”, Fugees “The Score”, Michael Jackson “Off the Wall” and Mary J Blige “Share My World”. What defines Briggs? Jay z “The Blueprint”, 50 Cent “Get Rich or Die Trying”, Dr. Dre “The Chronic 2001”, Fabolous “The OG Project” and  Big “Life Ater Death”.

Being a producer, who or what artist would you like to get credit from that accomplishes your career?

I would say Jay-Z on the rap/hip hop level (like who don’t pop off a Jay track). Then I would go Chris Brown on the R&b/soul level because that boy’s a problem and he’s the future, he’s going to be around making good music for a long time if his personal life don’t derail him. And I would say Adele because her voice and music is different from what I’m doing, the combination would be epic and worldwide which would definitely define me as a premier producer. 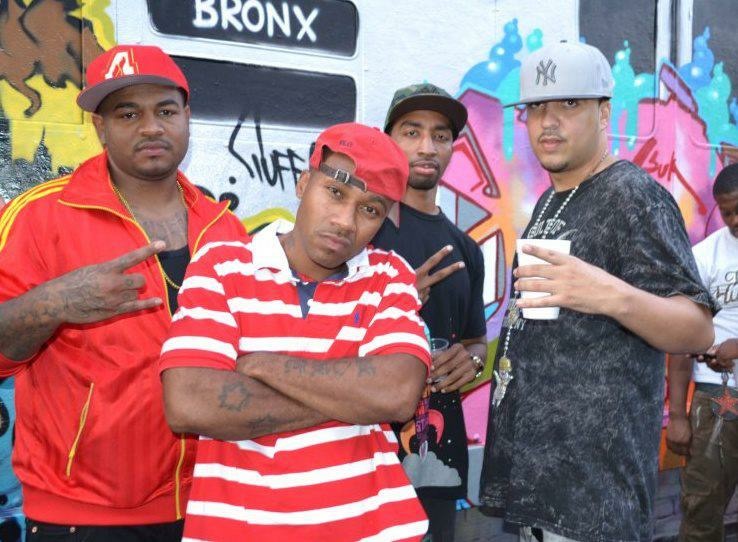 Man that’s a helluva lineup! I thank you for your time here on Keedie’s Corner, is there any shout outs or anything else you would like to speak on?

Thanks for having me, don’t forget to hit the hashtag #producedbybriggs or follow my IG @briggsmusicgroup for those beat snippets. Shout out to you and the whole Keedie’s Corner movement, all my guys in NYC doing their thing, my Atl folk and everyone following me and supporting me thru this journey, much love. I appreciate y’all and trust much more is instore #briggsmusicgroup and beyond!!